18 Problems Face By All Abdriod Users

We have to face problems with our reality and agree that no phone is perfect. Every fault one or another way to be with hardware or software. In today's list, we have spotted some of the outlines that Android users have been through.

Everyone has gone through this problem of not having sufficient space when we want to install an app or download songs. While most of the phones earlier came up with 16GB of inbuilt memory, out which user will get a fair 5GB storage for data storage. However, SD cards are our benefactor in this case.

You might come across a condition, where the detection of the MicroSD Card stops and, shows you nothing. This happens when the memory card gets damaged due to some issues. You can format the SD Card by downloading the trusted SD Card Formatter Tool from official website within Android device.

Sometimes, when we hit on install apps, it won't proceed ahead more. This might happen due to lack of storage, corrupted cache, and so many.

Free up memory on Android device

Not clearing cache, Installing likewise many apps, or having a phone full of data can slow down your phone and the performance. At that time, we are forced to free up some memory in our phone either by running some tools or erasing some data.

In most of the domestic devices, we have observed this unusual problem of Play Store crashing. When we try to open the Google Play Store, it will just show a message saying, " Google Play Store isn't responding". This might happen due to some corrupt cache.

There might be a situation where you are opening an app, and all of a sudden, your system UI crashes. You can fix this by restarting the device or cleaning out the Cache.

Sometimes, the files you downloaded does not work. This happens often when you don't have the software or app that helps the file to proceed. For example, most PDF files won't run without a PDF app or software.

Usually, Android stores all the file that has been downloaded in a place called Downloads. To find the Download directory, first install a file manager, like ES File Explorer, and get to Downloads in the directory.

Video Sometimes, without installing a particular app, we end up cursing the phone or the videos. In fact, some of the videos don't work with the exclusive video player. To solve this, you can download VLC or other video players.

We frequently did it in the past and doing it now as well. Installing some unfamiliar files and regretting later. To prevent all this, install a Virus scanner on your mobile.

If you purchase a new mobile, you might come across this problem. Even if you switch on the mobile data, you won't be able to reach the Internet. The biggest cause of mobile Internet not working is due to the inappropriately configured APN settings.

We all have been suffered all this when we go to our friend's home. Possibilities are, it's a router that's at fault. In this situation, make sure you typed the password right or the best solution oftentimes is to restart both your router and your phone.

Once you messed up with the device in the name of rooting or installing any apps, this occurs. In this situation, you can enter what is called "safe mode", which allows users to mute all startup apps that might be crashing the phone.

The device not turning on

The general shelf life of Android mobile is two years. Once the duration is accomplished, the mobile starts to die slowly part by part, because that's how it is programmed. In this situation, discharge your battery and check it. If not keep down the power button for fifteen seconds.

When you have a defective USB cable, or repaired MicroUSB port, or an unused USB port, there are possibilities that you might come across this condition. Just check out the fault and get it replaced in service centers.

These days, most Android phones have bad battery backup due to the increasing amount of usage. While come device has a really great battery most of them don't. In this case, make sure to use the Battery power saver option.

Due to the usage of several Android apps, your phone tends to heat so much. If the device is not well optimized, you might face this problem daily.

This is the basic problem faces by Android users, which normally arises when we chat with our friends. All you need to do is long-press the suggestion and pull the word to the trash.

It's normal for some to clutter the home screen with apps and widgets, which results in slowing down of systems and performance. You can remove it by dragging the app and drop it into the trash. 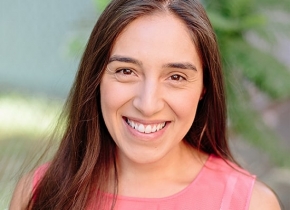 Cara Smith has finished the project. You will receive payment after you review him..